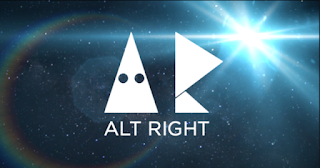 There is a new personality disorder about its called a alt Right  Personality disorder as been discovered. Its part metaphor, part metonymy perhaps even synecdoche . It first arrived in the UK around June of last year and a major outbreak has occurred in the USA since November 8 2016. Many right wingers but not all are prone to it. It involves presenting simplistic answers to complex problems. It is rumoured that even newspapers can develop this disorder as the Daily Mail has been suffering from it for over 100 years, It can break out by using the Freudian defences of Projection and displacement particularly when an individual has a weak ego and poor self esteem. The infected individual or institution sees all that is wrong in them selves and in the economic system and transfers it on to other who look different or behave differently to the carrier. 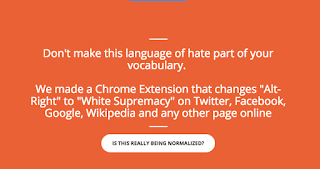 We know that an outbreak of this disorder is appearing in area of Neath and on certain facebook groups. Some people have found candidates in both Resolven, Tonna and Severn Sisters suffering from this problem. Others have detected it  and fear a major out break on June 9th 2017.

Scientists believe that there is a psychological affinity to haemorrhoids This occurs when hard impacted faeces is passed out of the anal fissure of the body of politics. Yesterday I came across a case of this disorder while debating on a Facebook community in the Neath area. I discovered that the infected individual who seemed to like dressing up like a Boy Scout called me a Libtard. This words shows clearly how his simplistic thinking was pastiche of Eugenic terms from 100 years ago and of his simplistic knowledge of complex political philosophy. Even the use and implication of the word “ retard” as part of the root of the word is insulting, out of date and reveals the retarded nature of the individuals knowledge, perceptions and empathy. A guide to the language of the alt Right can detect  early symptoms of the disoder. I publish a guide to you here. 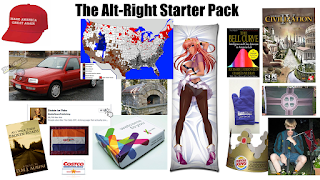 At Asclepius Therapy we are beginning to notice both a Trump and Farage form of this persona;ity disorder. We will keep you informed of the spread of this problem. Rumours suggest is developing in France I leave you with a quote from the 1965 fim “It happened here” Doctor Richard Fletcher:”The appalling thing about fascism is that you've got to use fascist methods to get rid of it.” An uncomfortable thought is it not?


""How many TRAITORS do we have in Neath or on this from?
. Reason for my asking is that if I am quite proudly a TWATRIOT as it is a twisting of the word

PATRIOT. . By extension someone who is not a TWATRIOT must be a TWATTRAITOR. . SO AGAIN I ASK HOW MANY TRAITORS ARE THERE ON THIS FORUM. . If you do not love your country and want it ruled by another regimen then you are a TRAITOR to your country. ?

Here are some terms used by the alt right. If you look carefully you will see them used by the moderate Right wingers in Social media. call them out and shame them if you see them

The general world view of the alt-right. But how can you identify someone who considers themselves part of it? Like most groups, the alt-right has its own code words and slang. Here are some terms they use, and other hallmarks to look out for
Beta: Members of the alt-right are obsessed with masculinity, manhood, gender roles and the concept of "alpha" and "beta" males. Alpha males are leaders, like Trump; beta males are portrayed as weak and emasculated.
Crybaby, whiny: Anyone who disagrees with them or their preferred candidate, particularly protesters and people who complain that the alt-right is embracing racism and anti-Semitism. you may also see tweets like this that illustrate  the problem https://twitter.com/BenMackenzie/status/853160615493459969

Libtard: The alt-right revels in the rejection of "political correctness," so embracing an outdated term for a person with an intellectual disability ("retard") serves the purpose of insulting liberals.

Masculinist: A word meant to embody the opposite of feminist, celebrating “manliness” and the traditional “heroic” nature of men. To the alt-right, "masculinist" principles are ones that serve and advocate for men. Critics say they primarily reinforce antiquated gender roles.
Multiculturalism (as a derogatory term): A major component of the alt-right platform is white supremacy and nationalism. "Multiculturalism" is used as a negative term for the blending of multiple cultures, as opposed to celebrating the supposed superiority of Western European culture. . Often used as shorthand for policies that benefit immigrants and people of color.

Neoreactionaries: Also known as NRx and the "Dark Enlightenment." A group of people who call for stripping away anything other than supposedly rational thought, as opposed to a “feelings first” mentality. They advocate for libertarianism, traditional gender roles and neofascism.
Political correctness: Anything that challenges an alt-right person's right to say whatever they want, whenever they want, in any way they want to say it. According to the alt-right, political correctness is responsible for most of society's ills, including feminism, Islamic terrorism and overly liberal college campuses.
Snowflake: Short for "special snowflake," a pejorative for an entitled person.

Most people protesting Trump are "snowflakes," according to the alt-right, as are anti-Trump celebrities and most liberals.
SJW: Short for "social justice warrior," this insult is mostly reserved for young women who try to argue on behalf of liberal or feminist ideas.

White genocide: What many alt-right members feel is the natural conclusion of liberalism and pro-immigrant policies. The alt-right views just about anything that benefits nonwhite people, particularly ones who aren't American citizens, as a risk to whiteness and a step on the road to the eradication of the white race.
Posted by Any Human Heart at 15:30