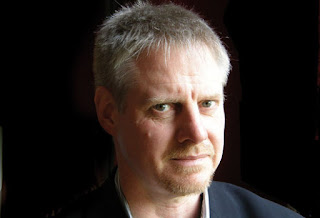 (
Richard Bentall,MD, an English psychiatrist, wrote the following in response torecent research on the fruit fly’s nervous system which claimed to be relevant
(i) Schizophrenia is a meaningless construct
There is no syndrome of schizophrenia and nobody can agree on who schizophrenic. To my knowledge, no statistical study has ever identified a clusterof symptoms that correspond to the Kraepelinian concept or its subsequentrevisions. Most recent studies have converged on a multidimensional model thatincorporates all psychosis diagnoses (schizophrenia, schizoaffective disorder,bipolar disorder, delusional disorder, depression with psychotic features etc)within five dimensions of positive symptoms, negative symptoms, cognitidysfunction, depression and mania/excitability, or even more complex structuralmodels (Demjaha, A., et al. 2009; Reininghaus, et al in press). In recent fieldtrials, the proposed DSM-V criteria for schizophrenia generated a derisory kappaof 0.46, showing that clinicians working with a precise definition of the disorderand following a diagnostic interview often could not agree on who waschizophrenic and who was not (Regier, D. A., et al. 2013)!
(ii) Heritability coefficients are misleading
It is often forgotten that heritability coefficients are, actually, just fancycorrelation coefficients. We all know, or should know, thatcorrelation does notnecessarily prove causality. Heritability coefficients are statements aboutpopulations and not individuals so that it is wildly misleading to suggest that high
heritability = mostly genetically caused (for a detailed discussion of this,see Bentall, R. P. (2009).
In fact, precisely because heritability coefficients are correlations which attemptto parse up the variance in a trait to genetic and environmental causes, lowvariance in the environment leads to inflation of the apparent effects of genes.
This is why, for example, IQ is highly heritable in middle class families (whereenvironmental variation is low) but very low in working class families (whereenvironmental variation is high – Turkheimer, E., et al. (2003). Also, heritability
coefficients assume an additive model of genes and environment, which is wildly implausible given what we know about how genes work. Again, assuming an additive model when there are G x E interactions leads to massive inflation ofheritability and an underestimate of environmental effects (Dickins, W. T., &
Flynn, J. R. 2001). This is probably why, as you know, molecular estimates ofheritability are generally much lower than those based on the methods of classical genetics. The ‘missing’ heritability in these studies is probably phantomheritabilitincidentally, you will also know from the genetic studies that you cite, that the
consensus amongst geneticists is now that many common alleles (perhaps manyhundreds) probably each confer a tiny risk of all kinds of severe mental illness.Although some CNVs have much higher association with psychosis, they accountfor only a small proportion of patients and are also associated with intellectual
disabilities and autism (Owen, M. J. 2012). This is further evidence, if ever it was
needed, that schizophrenia is a meaningless construct and confirms theimpossibility of devising a genetic test for the disorder.
(iii) There is massive evidence that environmental factors are causal in severemental illnessThe implications of ii above are that you can’t estimate environmental influences
from heritability estimates – you have to look for them and measure them intheir own right. Recent studies have pointed to a wide range of environmfactors associated with psychosis. These include social disadvantage, migration,
living in cities and various forms of victimisation. I attach a recent meta-analysis conducted on the evidence linking childhood adversity to psychosis (Varese, F.,et al. (2012). The bare odds ratio between childhood trauma was stable across
methodologies (retrospective/prospective) and came in at about 3, much higherthan any association with common alleles. More importantly, there is evidence ofa dose response effect, with ORs climbing to around 50 for children who have
been multiply traumatised. Reaction in the psychiatric community has sometimes been bizarre, with convoluted attempts to explain away the data (see arecent editorial I wrote about this, also attached).
(iv) Brain studies do not provide clear evidence of neurodevelopmental disorderin psychosiThe evidence linking the basal ganglia to psychosis is far from clear cut. The best
evidence is from response to antipsychotics, but recent studies suggest that onlyabout 20% of patients show a genuine clinical response (Marques, T. R., et al.2011). In any case, abnormal basal ganglia activity could just as likely be attributed to environmental factors – animal studies show that chronic
victimisation leads to sensitisation of dopamine pathways in this part of the brain(Selten, J.-P., & Cantor-Graae, E. 2005)
Current structural and functional neuroimaging studies of psychosis are probablynot to be trusted for a variety of complex methodological reasons (Ioannidis, J. P.A. 2011; Button et al. 2013) – this study [Button et al] estimated that
the median statistical power of 461 individual fMRI studies contributing to 41separate meta-analyses was 8%!), not least the emerging evidence that drugsaffect brain structure (Ho, B.-C.,et al. 2011).In any case, the observed abnormalities could well be the consequence of socialand environmental factors (Hoy, K., et al. (2011).
(v) A narrow neurodevelopmental approach is damaging to patient There is little evidence that the biological approach to psychiatry is benefitingpatients. Outcomes for patients suffering from schizophrenia’ have not improvedsince the Victorian age and an increasing number of people are disabled by
psychiatric conditions. This is precisely the opposite to what has happened inphysical medicine, where genuine advances have led to improved outcomes andreduced disability (see Bentall, 2009, and Whitaker, R. 2005). Just asimportantly, although it is often assumed by doctors that promoting a biological
understanding of psychosis will reduce stigma, empirical research provides strong evidence that the opposite is the case, and that biological models actuallypromote stigma (Read, J., et al. 2006; Angermeyer, M. C., et al. (2011The claim that biological research (on flies or whatever) will one day lead to acure for schizophrenia is a common rhetorical trick designed to gain publicity and
guarantee grant funding. I have no problem with research on the CNS of flies,
which seems valuable in its own right. But linking flies to schizophrenia
(whatever that is) is really about self-promotion and is damaging to the interestsof patients.