Tareni Colliery The Mine, the Miners and Their Communities - A History of a Mining Enterprise in the Swansea Valley

Tareni Colliery: The Mine, The Miners and Their Communities 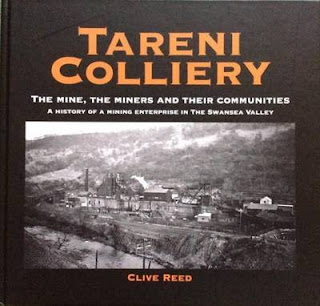 Tareni CollieryThe Mine, the Miners and Their Communities - A History of a Mining Enterprise in the Swansea Valley by Clive Reid

ISBN13: 9781527201293
Imprint: Etifeddiaeth Cwmtawe Swansea Valley Heritage
Publisher: Etifeddiaeth Cwmtawe Swansea Valley Heritage
Format: Hardback
Published: 21/10/201
We had moved to Ystradgynlais in November of last year. I have learnt a great deal from Clive`s book and I would like to share it with you.
This is a fascinating book. It deals with the history of Tareni Colliery in a very full and encyclopedic way. I bought a copy from Clive Reid at the Ystradgynlais Christmas Festival in December of last year. Its a big book that was clearly a labour of love and a labour of detailed information. In particular I was fascinated by the chapter concerning the brutal strike of 1911.
Looking at newspaper accounts of trials, strike action and the involvement of the police and the authorities brought back reflections of the brutal strike and the states response in the Thatcher years of the 1980s. Chapter 8 has so many sources and pictures that it brings alive the riots in Godre Graig, the brutal starvation of the miner's, the attempts to split the workforce and of the enduring brutality of companies both then and over the last 100 years.
Chapter 7 deals with the armed robberies of 1923 that took place . They were commited by some Tareni Miners within the Pontardawe and Ystalyfera area. Crime is largely a product of social inequality and the violent tenor of these events reflects the violence of gone group dominating the resyt.
Following the extablishment of the National Coal board, when the mines were nationalised Tareni Colliery closed finally in 1949. the book tells us of the relationship between the miners, their communities and the social and political events of the 100 years of mining at the colliery. Clive Reid has produced a book that will be a valuable source for the future. It reminds us of our past, both our follies and of our relistaions.
Those of us who live in a post mining South wales would learn much by reading it, reflecting upon both the glory and the brutality of mines and mining. I was pleased to chat to Clive Reid and I thoroughly recommend his book.
The following web site gives more information
http://www.literaturewales.org/lw-event/tareni-colliery-mine-miners-communities/
Tareni Colliery: The Mine, The Miners and Their Communities by Clive Reed is the story of a deep coalmine in Cwmtawe; the Swansea Valley, working at depths of up to 1000 feet below the surface in the disturbed geology underground that made mining that coal difficult and dangerous, and of the men and boys known as miners. That term took in the trades of colliers, miners, hauliers, timber men, riders, engineers, winding men, blacksmiths, and many other trades employed in the coal mining industry. At its peak period of employment, Tareni Colliery employed about 1000 miners, mostly underground, with nearly 200 employed on the surface in the preparation of coals for sale and transport.
This book is the result of five years’ research and interviews with former miners and mining families. This is the first book written as a full history of a coalmine and the mine owners, the miners and their families, the mining of anthracite coals, their uses, markets in the and Canada and the USA, and the coal mining communities of the Swansea Valley. It is a tribute to those Tareni miners, their trials and tribulations but also their joys and successes both in and outside of work, and to their families and to all those others who worked the hard anthracite coalmines of the Swansea Valley. 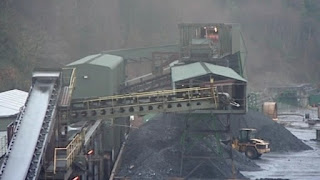