Are UKIP AMs missing in action? From Peter Black`s Blog

This useful information comes from the blog of Peter Black. The information shows a party in decline. There is no need for UKIP any more. We have a right wing Tory party that has become UKIP like and we see a return to the Tory fold of many former UKIP members

We are about to return to 3 party politics. The main role of the Liberal Democrats will be to attract European liking former Tory Voters. I can imagine a three party politics emergging in which a Green left exists, a centre right Liberal Democrats Party and a UKIP like Tory party battle it out. UKIP as such will sink to a position of getting 3 to 5% in elections. 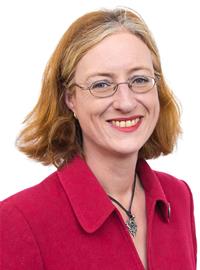 In the coming local elections we shall see all sorts of odd results. UKIP will lose heavily and we shall see a revival of centrist politics for the Liberal Democrats. Its going to be an interesting election,. We may also see a reemergence of the Far Right in politics asa whole 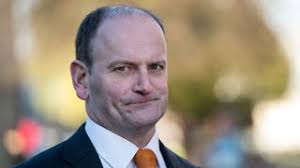 Are UKIP AMs missing in action?

The latest controversy surrounding North Wales UKIP AM, Michelle Brown involves attempts by her regional party to deselect her.

As the BBC reports, a copy of a letter inviting Ms Brown to a meeting in Holywell, Flintshire, to discuss her "serious misconduct" has fallen into their hands. The letter lists a series of concerns "likely to bring the party into disrepute":

The letter, written by Shaun Owen, vice chairman of the UKIP Delyn branch "on behalf of UKIP members in north Wales", says there is a "deep sense of growing disquiet, disillusionment and alarm" amongst members regarding Ms Brown's conduct.

It lists 18 concerns, including an accusation by a Cardiff hotel that the UKIP AM for north Wales smoked "recreational drugs" in her bedroom.

Ms Brown's spokesman has denied the allegation, saying the "strong smell" in her room was caused by a strong tobacco product.

Details of discussions between Ms Brown and an assembly official concerning how an advert for a job in her office could be changed to help her brother get an interview for the post, are included in the letter.

Michelle Brown has said she acted with "complete propriety" in the matter.

Mr Owen also cites a property leased by Michelle Brown to act as her regional office that has never been opened.

Responding to a Freedom of Information request by BBC Wales, the Welsh Assembly said it had paid £2,027.93 for the property between October 2016 and March 2017.

The assembly said the office in Shotton, Flintshire was not occupied "because work necessary to ensure its security was carried out incorrectly".

Mr Owen said the unopened property is an example of Ms Brown's failure "to engage with the public".

He added: "In light of the above please tell us why UKIP in north Wales and the party locally should not seek to apply to the NEC [National Executive Committee] to deselect you and for the party to investigate the serious misconduct, which you have displayed."

Some of these issues are not just limited to Michelle Brown. My regional UKIP AM also appears to be shy. She has reportedly taken over my old constituency office but, nearly a year after she was elected, it was empty last time I went past.

It would be fair to say that the decision by former UKIP AM, Mark Reckless to sit as an Independent within the Welsh Assembly Tory group has not been met with unanimous praise within the Welsh Conservatives or amongst Tory MPs.  One would have expected though that the group which apparently welcomed Reckless with open arms would be more receptive. Apparently not.

As the BBC reports, over the weekend one of those AMs publicly broke ranks. Monmouth AM Nick Ramsay went onto Radio Wales yesterday and asked: "Am I a member of a Welsh Conservative group or am I a member of some kind of hybrid independent group?"

Speaking on BBC Radio Wales' Sunday Supplement programme, Mr Ramsay said: "It has raised as many questions as it has answered and from my point of view, I think we need clarification on this because I think confusion will otherwise arise.

"We now have a member in the Conservative group who is not a member of the party - now that is a strange situation."

Contradicting what his party leader earlier insisted, Mr Ramsay said the party's constitution "had to have been suspended in some shape or manner".

He also said a Wales Office minister would not be willing to meet with the Welsh Conservative group with Mr Reckless in it.

Mr Ramsay also raised concerns about the impact this would have on the party at the polls: "Are we a Welsh Conservative group that can go into a future assembly election and campaign on one united platform? Clearly that is not the case.

In going public in this way Nick Ramsey effectively contradicted his leader's earlier statement that there was "unanimous agreement" among his group "that Mark was a fit and proper person to vote with and work with the Conservative group in the assembly".