The Brutal instrumental question .....What are animals for and why?

What are animals for? We see them in the crude way the market sees any object or unit of production? For close on 8,000 years since we have domesticated them we have been troubled on what they are for? 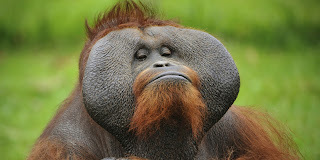 Are they for our entertainment, are they here to feed us or are they here to be part of an interconnection with us in the a fragile biosphere to be maintained. It is no accident that we domesticated animals, created slavery and and subjugated women at the same historical point. Would we ask slave owners to determine the difference between slave rights and slave welfare. Would we ask sexists to determine the rights and welfare of women? I think not. Its not been long since animals were said by the church to lack souls, in the 16th century many preachers denied that women had souls and in the deep south of the USA 150 years ago many of Benjamin's ilk would have said that slaves were not human.

The truth is that we humans are animals be it a very complex one. We are the only species that makes war, organises the slaughter industry into a rational business manner. You may know that in the 1930s the Nazi visited the American Slaughter industry and designed the concentration camps after the manner of the slaughter house.

Now of course a few tame Tigers in Tonna last September is a light year from this. However if we can use animals in entertainment we deny them anything more than being here for us , to be used to feed us, to entertain us, to be a commodity to be exploited and nothing more.

Its not long ago that we had freak shows, that we had gladiatorial combat. Around the year 1400 the people of Sumatra, found what they considered to be a white ape washed up on the beach. It was obvious to them it was just an animal. They put it in a cage and tied it to a post and they found after it had died strange marks scratched on that post. It was clear that they were meaningless. Some 200 years later the post was examined the scratches turned out to be ancient Greek letters and words in Latin....the white ape was a well educated European. He had been made to dance and jump to entertain his owners....they did not know what they had in the cage.

We are only just beginning to understand , the complexity of "animal emotions" of their sophistication. So I wont be fooled by the Benjamin claim .I dont eat meat, the idea of it sickens me, I abhor hunting , when we say " they are only animals" at best we mock a sophisticated non human person....at worst we open the doors to the gas chambers.

Our language is littered with the use of animals as terms of abuse two years agoDavid Cameron denigrated the refugees at Calais as a swarm. So going to see a few tame tigers in a zoo is like visiting a large mansion in the Confederate South in the 1840s...there are the comic house slaves, brought up well , fed well all their needs met and outside in the estate there are the slaves brutally treated, mere "beasts" of burden, no more than the product of their labour, to be sold and used..their humanity and rights denied. The King James 1 Bible translated the Hebrew to read that humans were "masters" of nature, the original Hebrew should have read “steward” and stewards do not use that role to entertain..
Posted by Any Human Heart at 11:31