Swansea City Council elections on May 4 some thoughts.....

My mind turns to putting together an article on the Swansea Council elections on May 4th. I look around the nominations list and see many of the names standing again that i know from the politics of the last 35 years. I reflect that if I am just one year from 60 then just how old are many of the names on the ballot . 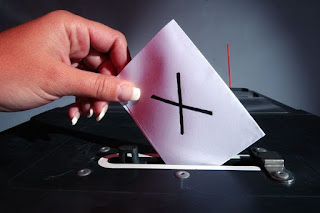 This really is a gerontocratic council . I see youthful candidates for theGreens and for a few other honourable exceptions . However i see the effects of egos and self pride everywhere. I look forward to writing a lengthy piece over the next few days. I see in two cases the emergence of family members standing together in several wards. Be they Tregoning or May they all seem to have a blandness that makes me sleepy. i see numerous examples of paper candidates from the Conservative throughout the area. I can tell you that vast numbers of area will have low turnouts and no campaigning. I mourn the death of Lily Jane Summers who would have given the Uplands campaign some vigour and style. This will be a campaign organised by old men , it's outlook will have a touch of the Victor Meldrew metaphor and an odour of decay.its sad but reveals so much
There are more Greens than Kippers standing and the Liberal Democrats are in several cases not standing in wards they held until May 2012. Across Swansea we will see a low turnout with a rich speculations about results in Sketty, Cockett and Uplands. We will see Labour losses across the council area but Labour will retain control. There is no real challenge to Labour in seats like St Thomas, Landore and Mynyddbach all former independent seats and in Bonymaen the excellent Paul Lloyd will be guaranteed victory. In Cockett Plaid may take a couple of seats. A few individual UKIP candidates will make little or no impact. The personal fiefdom of Wendy Fitzgerald will maintain her domineering role and continue her Thatcherite blandness. in Gower Richard Lewis may lose his seat to the Conservatives. In Mawr the departure of the bullying Ioan Richard gives Plaid a strong possibility of a gain.
In Newton the sitting Conservative Councillor is standing as an independent. Look to good Green votes in Uplands where there is a real possibility of gaining a seat and in West Cross with a first class campaigning candidate . I look forward to watching the results coming in that night.
And i look back to my experiences over the last five years and reflect on the years to come. It's going to be an interesting time .There is an old Chinese curse that says may you live in interesting times. The candidates are largely bland and aged yet it is a time of transformation in the political leitmotives we see before us. Let us embrace the future.....
Posted by Any Human Heart at 11:52