I am looking for a copy of Chris Evan`s book the Industrial and Social History of Severn Sisters. Hywel Francis describes him as an organic intellectual. I met him once when I was a know all young man. Now I am "know all late" middle aged man and would like to find a copy. Chris Evans was a man of the people a critical thinker..his sort are now very scarce, If anyone can help I can be emailed at squabs@hotmail.co.uk and my landline is 01792 48024 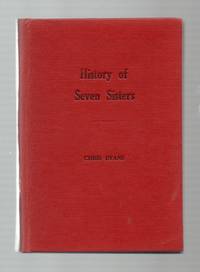 Hywel Farncis wries of Chris Evans  "The book that has had the greatest impact on me is very much in this oral tradition. Chris Evans's Industrial and Social History of Seven Sisters was written by one of the true organic intellectuals of the Welsh working class. I read it before leaving for university and, if ever there was a volume that legitimised my own experiences and those of my community, then it was this one. Here is a sensitively written history of an industrial community in the western part of the South Wales coalfield in which this retired miner had shrewdly brought together the anecdotes of an oral tradition of over a century of social development. To some extent his closing paragraph predicts the demise of all coalfield communities in the 1990s: "Hirfynydd bears the scars of forestry, the young saplings have taken root, in a few years' time the surrounding mountains will once more be covered with that dark green look. Will the village then be forgotten? Will it return to the days of long ago with nothing to disturb its peaceful surroundings but the murmurings of the streams, the braying of the beast and the sweet twittering of birds and the memories of old men?" I am now in the position of following the footsteps of the late Evans in writing a specific history of Seven Sisters: the centenary of its rugby club.
People like Evans were the forerunners of what is now known as participatory research, working in coalition with social movements and the powerless, although the people of Seven Sisters would not see themselves as powerless or disadvantaged.
Posted by Any Human Heart at 11:42