Lone Wolves of the extreme right..terrorism myth and cliche

I have grown increasingly frustrated with the inability of people to see that there atre many examples of lone wold rright wing attacks. People see every attack from anyone faintly middle eastern as indication of a massive islamic plot. Both the attacker of Jo Cox and Anders Brevik are simply described as being mentally ill. This research from Searchlight magazine doe much to correct this few and seeks to place such attacks ub the bcontext of a growing racist intolerance in Western society 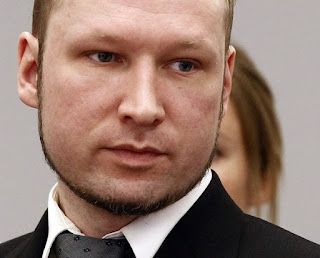 Extreme right violence is poorly understood and poses questions that are increasingly relevant today. How common are violent attacks by extreme right activists? Do they pose as large a threat as Islamist-inspired violence? Often the perpetrators of the most violent and murderous extreme right attacks are casually labelled “lone wolves” in the media, but are they really acting alone? These incidents are also often described as seemingly random attacks, but is this true? Does the extreme right really represent a “terrorist” threat, or is it too amateur and disorganised to be considered akin to, say, Islamist terrorism? And is violence coming from the extreme right driven by mental health issues, not ideology? This article seeks to address these questions. While there are no easy answers, it aims to give a clearer sense of how we ought to think about extreme right violence. The issue is not new. In 2011, shortly before the attacks by Anders Behring Breivik in Norway that left 77 dead, Searchlight published a report on the threat posed by supposed lone wolf terrorists from the extreme right, Lone Wolves: myth or reality? Its main argument was that the term “lone wolf” is misleading. We suggested that the term is problematic as it places far too much stress on the idea that such figures are true “loners”, people with no relationship to political organisations that promote or condone such political violence. 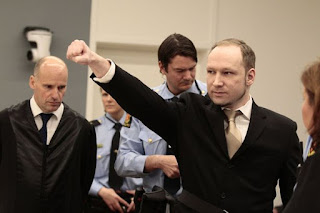 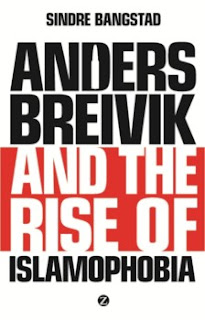 Moreover, both the extreme right originators of the lone wolf mythology, such as Metzger, and those who analyse the security risks posed, such as RUSI, recognise that the truly solo actor is a rarity. In fact, we are also talking about small, radicalised groups of people acting in twos and threes, not just single individuals. The Admiral Duncan pub in the aftermath of David Copeland's nail bomb which killed three people and wounded around 70 The Admiral Duncan pub in the aftermath of David Copeland’s nail bomb which killed three people and wounded around 70 Sometimes, individuals radicalised by extreme right ideologies also pass through larger extreme right parties and organisations. David Copeland, the 1999 London nailbomber who targeted Brick Lane, Brixton and the Admiral Duncan pub, aiming at the Asian, black and LGBT communities, was a member of the National Socialist Movement after leaving the British National Party. Breivik had links with the English Defence League in the months before his attacks, seeing its emergence as a sign of “progress”, although he thought it lacked a sufficiently clear ideology. Indirectly or more directly, such extreme right groups play a crucial role in licensing extremist activity from which they may formally distance themselves. The relationships that extreme right terrorists have with larger parties and groups need more research. In its report, RUSI developed data suggesting that for many such individuals, there tends not to be evidence of interaction in a sustained way with wider groups. But absence of evidence is not evidence of absence. Closer monitoring of these groups would probably reveal greater levels of engagement with larger extreme right groups. It might also suggest that they decide on violent acts to overcome frustration at a perceived lack of action. Wisely, then, RUSI also stress the “need for greater surveillance of groups which advocate violence and those who interact with them”. CLICHE No. 3: the view that extreme right political violence is “random”. This is again not really the case. Extreme right violence emerges from a small but continuing extremist counterculture spread over a wide range of tiny groups. It is a milieu that seizes on emotive events, and responds to wider developments in society. Reports by watchdog groups, such as Tell Mama and the Campaign Against Antisemitism, highlight the clear relationship between major international events and spikes in hate crime. Meanwhile, key academics studying US extreme right political violence, such as Pete Simi, argue convincingly that there are trends linked to both internal development within the movement and to wider issues beyond the extreme right that can help us develop a better understanding of patterns of extreme right violence. More work needs to be done for these patterns to be fully understood. Especially in Britain, the available data is not developed and analysed in enough detail to discern such trends, and there is not enough scrutiny to fully understand the relationships between extreme right violence and wider events. In addition, analysis driven by policy needs does not always capture the wider issues that underpin waves of political violence. CLICHE No. 4: the view that the extreme right is too disorganised to be a serious threat. The extreme right in Britain has historically had an image problem: its protagonists are often portrayed as drunks, men incapable of serious activity, who are at times unhinged. Ironically, this can play to the advantage of the extreme right. Although its activists certainly come across as people with limited levels of organisational skill and ability, this is no reason to dismiss the threat posed by the extreme right. Such casual dismissal can help set up a simplistic contrast between the “amateur” and therefore lesser threat posed by the extreme right and the “professional” and therefore greater threat posed by Islamist groups. While some elements of the extreme right do fit the stereotype of three men in a pub with a dog, other elements of the milieu do not. RUSI highlights that, perhaps because it is less sophisticated, extreme right political violence can be far more difficult to spot, compared with Islamist-inspired violence. Incredibly, 40% of potential attackers from the extreme right who were discovered before they carried out an attack were found by chance, not through intelligence. There are some profiling details that are useful for identification. Typically, extreme right solo and small-group violence is committed by men in and around their forties. Unlike younger Islamists, they are far less likely to undergo noticeable behavioural changes, making their radicalisation harder to detect. Nevertheless, many do disclose their activity in some way before a planned attack, highlighting the need for greater levels of internet monitoring. Looking forwards, approaches to tackling extreme right political violence are due a rethink – and new policy is needed to deal with it. As with other forms of political violence, people attracted to this milieu can the see their actions through the lens of an existential conflict with a political and social system set against them. Extreme right culture more generally is crucial to fostering this mindset. To tackle the issue of extreme right political violence, it is necessary to find ways to disempower the extreme right culture that promotes a mythology licensing violence. The cliches surrounding the lone wolf need to be challenged. It is in the interests of the extreme right for the violence it inspires to be written off as the actions of isolated loners – people who are mad, not driven by ideology – without looking at the wider patterns. Such simplifications should be avoided, with a much richer and deeper understanding of the issue fostered instead. • This article first appeared in Searchlight Autumn 2016. For more information about the lone wolf concept, see Searchlight’s report Lone Wolves: myth or reality.