The greatest hazard of all is losing oneself it can occur very quietly in the world as if it were nothing at all......(Kierkegaard) ..of Political Priests and Prophets 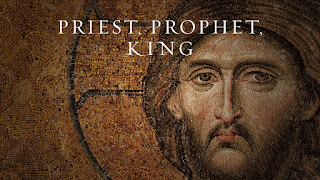 Its seemingly quite clear that whatever Donald Trump does or has donwe or however many punchups occur within UKIP that it will make no difference to the maiority of people voting that way. The liberal elite of the Blair ,Brown and Cameron years have made sure of that. Their market based economies have ensured that governments gan do less and less in society and in the economy. The cult of privatisation has destroyed the project that irrespective of class, culture, colour and country an individual could rise in society to do whatever they wished. The UKIP project as is the Trump project a desperate attempt to gain an identity for the dispossessed and the excluded. The expert is no longer trusted because of the centerist doctrines of the market and the price mechanism, the revolt is heavily male, we could call it a “Victor Meldrew” revolt . We know that in the UK 60% for UKIP is in the 55 plus age group, in America the majority of Trump support comes from males over 45.

The elite must realise that gesture politics is no longer believed. That pandering to limits of free movement of people will not work. People who are concerned about immigration see it for what it is. Marine :e Pen said quite simply “ Why accept a copy..when you can have the original?” There can be no pandering to racism but what there must be is an explanation. It is vital that the left gets across the idea of stopping the arms trade, dealing with the concerns of the “left behind” of the globalised economy, the consequences of climate change and war around the world.

Its also quite clear that women, the young and many people from an ethnicities will never succumb to the simplistic message of Farage and Trump but the jury is out and we do not know the way the verdict will fall. On my face book page I had this comment yesterday...it illustrates the problem of perception surrounding Trump and Farage..it said this ….”.I wonder what Trump comments in a locker room or sexuality has got to do with leading a country and make vital decision on World's foreign policy “. This clearly a different paradigm that we are dealing with. Brexit occurred because so many the EU as a project of the elite and brexit was shaped by the nationalists and the right. 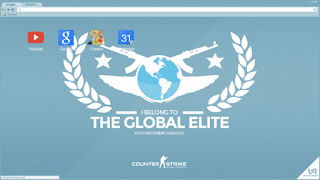 An old friend of mine used to say that monotheism is imperialism in religion. And Jeanette Winterson said that writers were either priests or prophets. The late Tony Benn said that politicians were were either weather cocks or sign posts. Perhaps the monothieism of neo-liberal economics is giving way to polytheistic patchwork of community activists, ecosocialists and decentralists, perhaps the prophets of this new way are Jermy Corbyn, Caro.ine Lucas and others. Perhaps the priests who maintain that old religion of neoliberalism and austerity are individuals like Tony Blair, Gordon Brown, John Major. When I look at th shark skinned priesthood I cant tell if I am looking at old members of New Labour, the Liberal Democrats, the Conservative Party or a significant proportion of the SNP or Plaid. I worry that the Corbynistas are not as well organised as tne old Bennite left and will have circles run around them by the old dinosaurs I have seen in Local Constituency Labour Parties like Neath and Aberavon. On question time last tear I heard Steven Kinnock claim support for Trident, yet he was unable to say in what circumstances he would use Nuclear weapons. All he would say is he believed in them because he had once lived in Europe. These individualds are the Wizards of Oz, all smoke and mirrors and no substancee. The central core of all these individuals is the unpalatable truth that the market is the god and the price mechanism is the basis of their catechism. I am sick of this approach never has their been more need for thr signposts and the prophets....