The Venn Diagrams of Brexit...so you got your Country back did you? 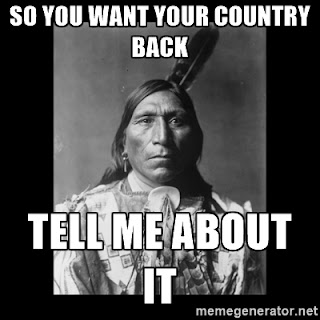 There are three intersecting circles of interests around Brexit. The first circle is that of migration, the second of Sovereignty and the third of the European Trade area. The settlement that we get will depend on the area of intersection between the three. Yet the entire Brexit deal will be created by smoke and mirrors around concepts, ideas and perceptions that are valueless.

In a globalised World, the WTO the World Bank and the power of Corporations make nonsense of the Nation State and with sovereignty. The rules of global free trade, the coming of TTIP and the Rules of international trade show how the fabric of the lunatic Right and their nationalism is a bizarre psychosis of paranoid minds. As it is the the UK is straining at the bounds of the British State, Scotland is perhaps only 2 years from independence, a united Ireland is being discussed and we are talking about powers being devolved to other regions. In Spain Catalonia and the regions struggle to dissolve the centrality of the Spanish State. The nation state is under severe pressure and new forces appear even within the USA as regions become less similar, more local and of a different political ideologies. This makes nonsense the concept of a British or other sovereignties. 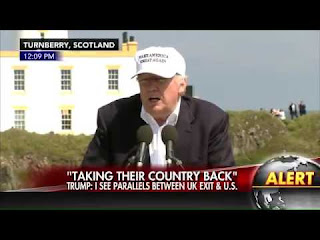 We have learnt that a globalised economy requires migration and immigration. The free movement of capital long celebrated by the Right means that with must come free movement of Labour. Climate change refugees by the million lurk around the corner and the lunatics of the Right deny it to their own peril. Only the other day I heard a young man while debating with me claim that migration was s imply a plot of the left to destroy the right. That immigration had nothing to do with the arms trade, global wars, economic rivalry. The Brexiteers have achieved their ends and left us with the implications of a settlement without understanding methods, approaches and consequences.

The European Trade area has already meant that Sajid Javid has said that European Construction Workers will be free from restriction in a Brexit Britain. The moaning about Polish Plumbers that UKIP did has been shown to be nonsence. Nothing is going to change Nigel and our country has become nastier, more ignorant and hate crimes are rising. The non skilled workers of the UK have been manipulated into being at the throats of their equivalent throughout Europe and the same has been made true for the unemployed and the outcasts of Europe. You got your country back did you and you handed straight over the the large industrialists and the merchant princes. Brexit is a myth and is simply the next stage of privatisation, hyper capitalism and the destruction of solidarity and respect.
Posted by Any Human Heart at 17:53