Time to talk about immigration 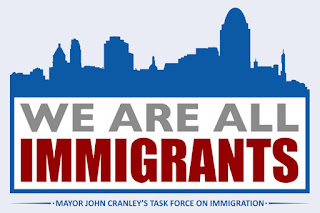 One of the consequences of pulling out of the European Union (EU) is that Britain will have to develop a new and comprehensive immigration policy.
In addition to settling the status of EU citizens already here and UK nationals living in other EU countries, Theresa May’s new government will need to rewrite many existing rules and develop new arrangements with the EU and the wider world.
In this she will have to balance the needs of the economy, to say nothing of the UK’s international refugee obligations, with a population that wants and expects much lower immigration levels.
The latest Fear and HOPE survey found that 53% of the population expected post-Brexit Britain would be more able to limit immigration. This rose to 68% of the “Culturally Concerned” group and 81% and 83% of the “Latent Hostiles” and “Active Enmity” segments.
Despite promising to end the existing free movement of labour arrangements and cutting immigration, May’s government is going to struggle to bring down substantially the overall numbers of people entering Britain.
Half of newcomers already come to Britain from outside the EU and this currently accounts for 150,000 people. We are also likely to see an increase in asylum seekers and refugees reaching Britain as a consequence of France ending bilateral agreements that put the current British border on French soil.
On top of that, there will be the needs of the economy, both in highly paid City and financial jobs but also seasonal workers in the agricultural sector.
There are currently 50,000 EU nationals working in the NHS. Staff in these and other social care and essential services will need to be found from somewhere.
As the Government balances its stated wish to reduce immigration while meeting the needs of the economy and its international obligations, it is vital that we do not leave it to politicians alone to decide on a new strategy.
Not only is it likely to be far more draconian than we would perhaps like, it also risks repeating the mistakes of the past.
Immigration and the movement of people are part of the modern “globalised” world and politicians need to accept and articulate this rather than playing to an anxious population and hostile media and pretending that it is a tap it can turn on or off.
It was David Cameron’s latest limit of 100,000, pushed hard by Theresa May that contributed to the growing loss of trust in politicians to deal with the issue.
More fundamentally, in developing a new and comprehensive immigration policy, the government has a chance to initiate a national discussion that balances the views and fears of people with needs and obligations. This could also include discussion about multiculturalism, diversity and even the sort of country we want to live in.
In this way the government could address one of the most significant and underlying resentments of people, namely that they have never been consulted over immigration and the changing nature of society.
The latest Fear and HOPE report clearly shows that an appetite for such a discussion and a pragmatism on immigration that is often hidden by the hysterical media headlines.
The vast majority of people understand and accept the need for immigration.
Over 80% believe some form of immigration is “best”, with only 19% wanting a temporary or permanent halt.
Immigration is a toxic political issue and has clearly undermined public trust in politicians for many years.
Now that Wales has voted to leave the EU we now have an opportunity for a proper public debate on what a new immigration policy could be.