Bugger off Blair you begat Farage 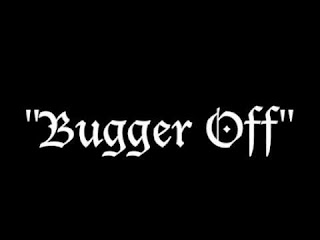 So Tony Blair wants to return to politics does he.? Every prime -Minister since Lloyd George has fantasied about being called back to power. Each dreams of recall king, Arthur like to power. I am sorry Tony for me the word is bugger off Blair. It was you who begot Farage and UKIP bugger off and don't return..you have done enough
I
t was Tony Blair all along. He began it all. He sought to make Labour electable by making it all things to all people. He went along with George Bush as part of this quest. I remember Margaret Thatcher saying that Blair was her true heir. We have had Chilcott and it is quite clear that he did not listen to experts, those who knew what an invasion of Iraq would bring. Tony Blair destroyed the value and respect of experts and it has continued on. 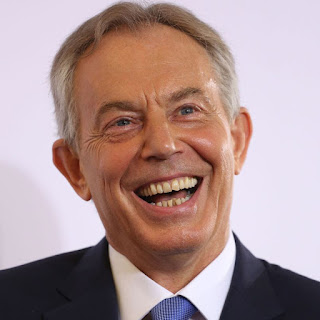 Tony Blair lit the fuse that destroyed the value of the person who thinks, reads and analyses. No expert was believed, the big lie becomes the truth. Goebbels was right. Now we have had the legacy of June 23, no expert was believed, racism walks our streets and we inherit the consequences. Teflon Tony Blair begot a true heir and that was Teflon Nigel Farage. And so we move from Augustus to Caligula, Tony Blair midwife of Nigel Farage and UKIP.

In destroying knowledge, turning our education system into a server of the employer you began in Tony. We teach bland things but fail to help people think critically. The big lie is believed and we haunted by denial of the truth. 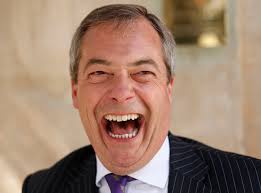 
A penny for the Old Guy


We are the hollow men
We are the stuffed men
Leaning together
Headpiece filled with straw. Alas!
Our dried voices, when
We whisper together
Are quiet and meaningless
As wind in dry grass
Or rats' feet over broken glass
In our dry cellar

This is the dead land
This is cactus land
Here the stone images
Are raised, here they receive
The supplication of a dead man's hand
Under the twinkle of a fading star.

In his magnum opus, Thus Spoke Zarathustra, Friedrich Nietzsche comments upon the insidious nature of modern political communities, “The State is where slow universal suicide is called Life.” In this video, we will explore Nietzsche’s criticism of the modern State and of the State’s ultimate goal – the creation of the Last Man.

The Social Contract theory is a highly accepted explanation of the origin of societies. Many of the most respected political philosophers – such as John Locke, Thomas Hobbes, and Immanuel Kant – agree with the theory. It states that groups of people form societies by surrendering certain freedoms to the authority of a common government in exchange for protection of their remaining freedoms. In the words of Thomas Hobbes, “Desire of ease, sensual delight, and fear of death and wounds dispose men to obey a common power.”
It is important to note the motivations enumerated by Hobbes. Nietzsche believes that these motivations – the desire for pleasure, comfort, and security; and the fear of injury and death – are the characteristics of the Last Man. According to Nietzsche, the goal of the modern State is to change the whole of mankind into this Last Man. “It is the purpose of all culture simply to breed a tame and civilized animal, a domestic pet.”

The Last Man is the antithesis of the Ubermensch. The Last Man has no great aspiration. He merely seeks to earn a living, to be comfortable, and to be content. “We see nothing today which wants to be greater. We suspect that things are constantly still going down, down into something more comfortable, more mediocre, more apathetic. One no longer becomes poor or rich; both are too burdensome. Who still wants to rule? Who still wants to obey? Both are too burdensome. No shepherd and one herd! Every one wants the same; everyone is equal.”

The modern man of the West is frighteningly similar to Nietzsche’s Last Man. In the movie Fight Club, Brad Pitt’s character, Tyler Durden, describes the mediocrity that Western cultures have imposed on their citizens. “I see in fight club the strongest and smartest men who’ve ever lived. I see all this potential, and I see squandering – an entire generation pumping gas, waiting tables; slaves with white collars. Advertising has us chasing cars and clothes, working jobs we hate so we can buy [things] we don’t need.”
Fortunately, Nietzsche believes that humanity has not yet devolved entirely into the Last Man.

“One must have chaos in oneself to be able to give birth to a dancing star. I say unto you: you still have chaos in yourselves.” In order to conquer the seductive charms of pleasure, comfort, and security, man must embrace the chaos within himself. Naturally, many people of the West will offer resistance against this advice. They will not quit their job because they fear becoming homeless. They fear the pain of hunger; they fear sleeping in the cold; they fear injury and death at the hands of others. They desire the comfort and ease that a paycheck provides, despite the mediocrity and lack of fulfilment that their job provides. They believe that conformity is the only option. They lack the imagination, courage, and ambition to think of new, more exalted forms of life. These are the Hollow Men, the Stuffed Men about whom T.S. Eliot wrote. These are the Last Men.


To conclude, Nietzsche accuses modern societies of promoting the development of the Last Man. The struggle of Modern Man is to overcome all those seductive instincts of the Last Man – the instincts for pleasure, comfort, security, and mediocrity. It is a difficult struggle, but one that is worthwhile. I will leave you with the words of the English Poet John Milton: “Long is the way and hard, that out of Hell leads up to light.”
Posted by Any Human Heart at 11:52