The Richmond Park by-election...time to fight back ….....

This Thursday sees the Richmond Park by election and Zac Goldsmith will stand as an independent. Young Zac claims it will be about Heathrow but in a constituency where 72% per cent voted remain I suspect otherwise. This will be a by election about Brexit Britain. I can hear the Liberal Democrats scratching at the political casket that is their coffin. I heard it almost fall off during the Whitney by election. In this by election a political centrist reverent is rising from the tomb. In Richmond Parl during June referendum 72% voted to remain This will be the first test of public opinion since the legal ruling by the law lords and it is essential that the progressive side wins.

I hear that polls put the Liberal Democrats less than 4% behind Goldsmith. This is turning into a Brexit by election and while I hope for Liberal Democrat victory on Thursday and I support the withdraw of the Green candidate and the decision of Caroline Lucas to appear in the by election I still have very great concerns. The Liberal Democrats have been moving right since the publication of th Orange book in the 90s and have supported Nuclear P. There essence is s of the market mechanism and I can hear Jo Grimond spinning in his grave. Yet it is essential they win the by election.

We now hear that Farage virtually endorsed Marine Lepen and I wonder if he will appear like Trump's poodle next to Le Pem in the run up to May 2017 in France. As I write I hear that it may be necessary to trigger article 127 to leave the European Free Trade area and that this too will be subject to a judicial appeal. Oh dear all that sovereignty beloved of UKIP.........


Will Paul Nuttal and Farage lead the march , against the High ciourt, accompanied by Britain First and the Fat Right ? will they support le Pen? The ghosts iof Vichy are polluting the shades of UKIP and the working class followers of that party are being lured into the company of neo-fascists and crypto nationalists. The Richmond Park by election allows us a chance to begin the long march against the rise of the Far Right and its UKIP allies...yet the antidote this time is a thin serum of Liberal Democracy. 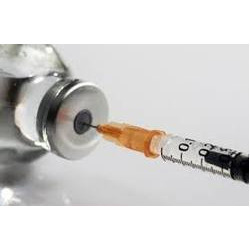