The Black Swan and Donald Trump..we are on the road again... 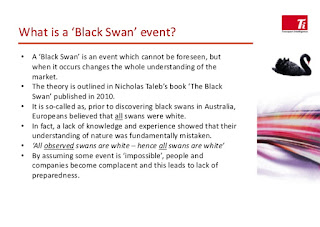 We are seeing the death of the globalised Liberal elite, first Brexit, now the USA and there are elections coming in Germany, France and Italy. In Italy and France populist authoritarian parties lead in the polls.
The implications if globalisation have led to the rise of the authoritarian Right and yet..there is gold in the manure. The implications of Trumps economic policies will not restore the fabled America of the 1950s. Trumps instincts are that of the asset stripper the cheap price and the de-skilled cheapened labour force. The electors of the American Rust bet will find their labour skills cheapened further, their jobs more perilous, and their America more xenophobic and inward looking. This too will apply to the working class Brexiteers and the voter for the Front national in France.
The America that the rust belt dreamt of was that of the 1950s. It wa the belief that then women stayed at home and did not work and the African American knew his place. There was no gay people and Socialism was an enemy of the state. Yet in the 1950s it was a time in reality of high government intervention a time of high taxation. The government intervened to build the super structure of the country, a time of expansion of higher educational expansion in such things as the GI bill. Yet there lurking in the apple pies and the fourth of July was,Ginsberg Jack Kerouac and the beat movement. We are on the road again...... 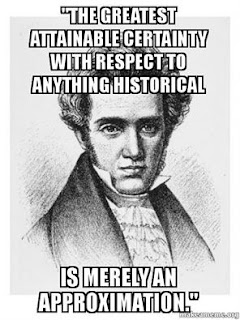 So far the answer to globalisation has been answered by the populist, authoritarin right but soon the bankruptcy and the smoke and mirors of their philosopjy and policy will become clear. Then it will be the turn of the Bernie Saunders et a;; to offer at long last a real approach. We can see this real approach in the UK from the Green party, from Jeremy Corbyn, The next few years will be a time of creative protest a time of an alchemy of the Left and Eco;ogy of decentralised power and of fragile governments and Presidencies elected on a kmife edge and by small majorities. Now the choice comes down to Eco Socialism or the Populist Right. We are seeing the strange death of globalised elite Liberalism. 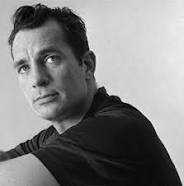 “[...]the only people for me are the mad ones, the ones who are mad to live, mad to talk, mad to be saved, desirous of everything at the same time, the ones who never yawn or say a commonplace thing, but burn, burn, burn like fabulous yellow roman candles exploding like spiders across the stars and in the middle you see the blue centerlight pop and everybody goes “Awww!”
― Jack Kerouac, On the Road 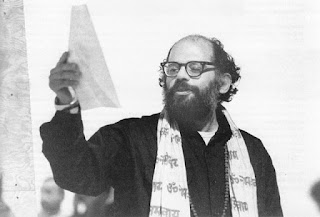