In defence of the annoying mature-age student

I like this piece by Stephen Owen. I have been a student all my life. I keep learning and working at the same time. I run courses for mature student of all ages. Asclepius offers you courses for all no matter what age. Please read and enjoy..... 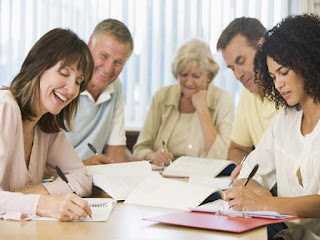 In defence of the annoying mature-age student

Mature-age students are annoying, I know. I understand that when you’re 18 or 19, and already know everything, there’s not much of a reason to do the readings or show up to tutorials having prepared. I also understand that there are these old people in class who should be doing other things – maybe retiring, or dying so they can give their poor kids their overdue inheritance. They are eagerly asking questions (or worse, answering them) and generally being a nuisance.
I understand because I used to be one of them. I dropped out of high school to smoke cones and play bass guitar, which was pretty great for a decade or so. I got pretty excellent at Tony Hawk’s Pro Skater 1, 2, and 3. Then in my middish-20s I very accidentally fell into a university preparation program at the University of Newcastle. I still smoked a lot of pot but now I also had some fascinating classes to attend and some really cool ideas to get my head around.
A year later I was granted entry to university proper. I saw a fair few of my mature-age peers fall by the wayside, but I also saw a few succeed. Like many mature age students I kept on going and graduated with honours, and then attained my PhD. That’s the kind of annoying thing mature-age students tend to do, far more often on average than the regular student intake anyway.
Now I teach them. In fact, I have just finished preparing a batch of mature-age students to annoy next year’s young first years.
The students who have just finished the university preparation program I’ve been teaching at the University of New South Wales come from a diverse range of backgrounds. Some came to Australia as asylum seekers. Some have given up lucrative careers in finance or construction. Some prefer to study rather than tending their gardens in retirement.
They all juggle a number of commitments and have made sacrifices to even begin their university careers. Almost all of them are amazed at the world of ideas into which they have arrived, and in which they are receiving the sort of intellectual nourishment that they thought was strictly for people other than themselves.
This was also my experience; it turns out that mature-age study is transformative and can make you feel more at home with the world and with yourself, even if it can lead to risky behaviours (like postmodernism).
I know they are ridiculous and show up to tutorials with folders full of printed out readings, minds brimming with ideas and concepts they want to discuss. I often found myself in this position. But it may surprise some to learn that, contrary to the cliche of the annoying mature-age student occupying the airtime in class, most don’t necessarily want to monopolise the discussion. mature students' survival gui
They’re likely to be waiting, counting away the seconds silently in their heads in the hope that someone will want to talk about all of these amazing ideas we’re learning about. Only after waiting for younger voices to speak (but which often remain silent) do they begin talking.


I know I was particularly conscious of this. Now I’m at the front of the classroom, I love those students who come prepared and ready to discuss stuff. So here’s to 2016’s annoying mature-age students.
Posted by Any Human Heart at 12:14