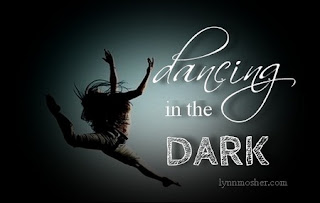 I was first aware of American Politics in 1972. My Grandfather and I were watching news programme about the Nixon Mac Govern election of that year. I was 14 and now 44 years later we come to this perverse election. American politics is both fascinating and repellent. I loath the lack of choice there but in this election I must hope for a Clinton victory. I say this without enthusiasm but when I see the Greg Stillson like form of Donald Trump, sanctioned by Nigel Farage I know that this is the way it must be.

I endorse everything the Green candidate Jill Stein stands for and I suspect that had Bernie Sanders gained the Democratic nomination then he would have been far ahead of the Trump. The Supreme Court is at stake, healthcare is coming in and there is the beginning of a new radical movement in American politics. So it has to be Hilary Clinton as a one term President..before radical change can come. There has to be a new way other than simple and crude outlook of God and Guns.

I dont know what will happen. I know that Latino, Women, the Millennium generation, African Americans are voting in large numbers. I know that of the early voters Clinton leads significantly and that in the last fourteen polls she is ahead in all but two. Beyonce has been their for her, Bono . Springstein et al. Yet still the Rust belt of the USA bothers me. I do not feel as I felt on the eve of Brexit..but there is going to be a new 48% that will think if conspiracy, will deny climate change and mock those who are different. American Democracy is fractured and we are all dancing in the dark. I read the words I wrote four years ago on the election 2012 this is what I said. “I feel good today though very tired. The defeat of the Republican party sets America on a healthy path to a more European style politics. The defeat of the fundamentalist Taliban Christian Right, the rise of a radical coalition of youth, women and the ethnic minorities allied with labour and the more radical elements of American society give the Democrats the real possibilities of winning in 2016 and 2020. The Wasps are in decline and results from the south and the plains of America suggest that the radicalism of the 1920s can drive out those who cling to god and guns can be replaced with hope and progressive thought. The Tea Party has been defeated and the real nature of their hatred and ignorance revealed.
Perhaps at last real radical politics can begin to emerge in the USA there is much to celebrate and look forward to. Perhaps Texas will cast off the Republican right as the Hispanic peoples become more numerous and cast out the patrician Bushes and the stultifying Republican narrowness.”
I want to see Richmond the old capital of the Confederacy vote for woman . I live in hope for the blossoming of politacl change in the USA