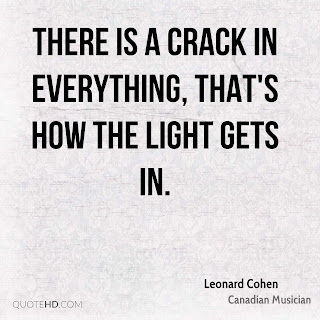 It has taken over a week to write these worlds. So please read and think on them. It is just a lens through which I see the world A lens of spiritual and political agnosticism.
It was the Friday before last when I heard that Leonard Cohen had died. I was standing at Neath Station. It had been an appalling week, Trump had been elected and I had had very poor sleep. I felt tears come to my eyes. Leonard Cohen has stood with me from the age of 16. Somehow he had written a song that touched every triumph, every disaster, every humiliation and ecstasy that I had experienced in those fourty two years since Andre Evans introduced me to him in the summer of 1976. On Monday of last week I head his last interview where he said that existence by its very nature is flawed and that it is the job of those of us here to rescue creation. It make me think of Derrida`s simultaneous claim that he was both an atheist and not an atheist. It was some thing that echoes around me and made be smile. It made us all the “rescuers of matter.” I have long felt that spirituality must belong in this world and prior to the rise of the Abrahamic Sky Gods humanity knew that it gods and goddesses, it daemons and its ideals were all matter of faith firmly held within the world. As Cohen said in the Lyrics of Anthem
I can't run no more
With that lawless crowd
While the killers in high places
Say their prayers out loud
But they've summoned, they've summoned up
A thundercloud
And they're going to hear from me
I thought of all the friends , all the people I had introduced Cohen to, over the years. There are a vast numbers of them. Those I no longer see, those I have drifted apart from in anger and in despair, in dissolution in betrayal and loss, in hope, in laughter and in gentleness. Many contacted me that day and told me how sad they were that Cohen had died. I had come to their mind as the introducer of his music. His songs have sustained them in many times and many places that was his gift...he called us forth from 2the cloud of unknowing and made us human...all too human. And I thought of everyone of you of that fourty two years from the Summer of 1978 to that Friday in November 2016 as I stood at that station and came into Swansea holding back the tears. 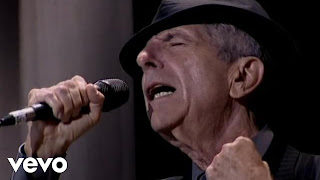 The Greeks and the Romans , the Norse and the Egyptians knew the limitations of their deities, that these beings were as limited as us and were flawed like us . It was I suppose a process theodolite. T hats what I see in the works of Leonard Cohen. To the Greeks the Gods would die with the world and were limited by it. We have had two thousand years of the true faiths and the worlds getting worse. Ask most people about the term God and they think of an all powerful, all seeing all knowing creator. It is simply that we have forgotten how we all whoever we are are bound by the world, that our political ideology is nothing more than faith. Yet a faith to free us from saviours both secular and religious would be a gift with having. The simplistic creeds of Trump and Farage are like that and we need to find the understanding that there is no simple answers to complex questions. An avowed atheist defines themselves by what they do not believe in , by what they reject and I am afraid that is not good enough for me. I cannot avoid the word soulness perhaps I should call it depth. There is however the realisation that we must all have, that Lacan pointed that all of us are limited by the language we use, the imagery we we use and the structure of metaphor and metonymy we are introduced to.
I then began to wonder how our responses to certain Literature and Music reflects the nature of our soulness and political outlook. Of course I do not mean soulness in anyother sense than the psychological essence of our outlook and personality. It also tells us a lot about our politics ..whether we are authoritarian or Libertarian , whether we are left or right, whether we are stewards or masters of our outlook to the environment.
What does our response to Jane Austin tell us then I muses it tells about our scales of a cleverness that conservative and a little smug. It tells us about the rational side of ourselves, it explains the quickness of exchanging clever words. It tell us little about our shadow, our Id the parts we hide from the world and ourselves it tells us about the appropriate and proper form of political discourse.
Any book by the Bronte sisters tell us about our passions, our obsessions , our irrationality. The books explore a world of a vengeful Gaia that is ignored at our peril. Its Celtic rather than an effete English outlook, it acknowledges sexuality without making it explicit, it is radical rather than conservative. It asks us question about the edges of ourselves the experiences we have and tell no one about and the area we do know about ourselves that in addition no one else knows.
Musically I have always liked both Bob Dylan and Leonard Cohen. Each has distinct approach. Cohen writes his words first and then adds the music. Dylan does the reverse. Cohen explains our sexuality and our spirituality, her examines and explain s how they link and are different. The dislike of Leonard Cohen soften reveals a Puritan streak, a fear of words and physicality. Cohen expresses a a more European, depth psychology, a cosmopolitan, intensely sexual , and awareness of the sensuality of existence. The politics he exhibits is romantic, rebellious and personal. He is both Camus and Kierkegaard . You can tell so much about people from the first response they have to him and his music.
Then there is Dylan. His music is collectively political, it tell us about causes and campaigns, yet it is more conservative than Cohen's simply because it lacks the flexibility that Cohen has. Dylan is an Icon, yet has been always a weather cock rather than a signpost., His conservatism has grown has he has aged, he has followed conservative tropes during the 80s unlike Cohen who has always rebelled . We can tell a lot about the long term trends of our political soulness from how we respond to Dylan and his works. Yet it is the passion of Cohen's music that sustains us all.
I stumbled out of bed
I got ready for the struggle
I smoked a cigarette
And I tightened up my gut
I said this can't be me
Must be my double
And I can't forget, I can't forget
I can't forget but I don't remember what
I'm burning up the road
I'm heading down to Phoenix
I got this old address
Of someone that I knew
It was high and fine and free
Ah, you should have seen us
And I can't forget, I can't forget
I can't forget but I don't remember what ,,,,,,,,