Friday political reflections.....on the hypnotists and being strong and stable..... 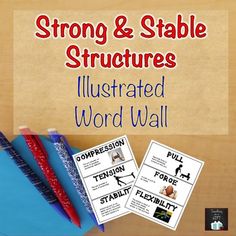 I remember the character the hypnotist from Little Britain .I hear Tory ministers and Theresa May saying over and "Strong and stable" over and over again. Politics has become the domain of the hypnotist. When Paul Nuttal compares himself to Gandhi and begins to intone "immigration, immigration* or "ban the burka " you see it more clearly. The Brexit argument is the hypnotists magic word that accesses the simple response to vote Tory . What do you do when democracy fails? What do you do when simple answers are easier to sell than complex ones? What do you do in a political system where the education system is designed to create a docile workforce. Long ago Bernays realised that consumerism is the key means of control. As long as we are unaware of collective realities , of unseen truths , of the nature of inequalities, and fail to see our own blind spots and prejudices we are prone to be controlled by the hypnotists of the right. Repeat after me ...strong and stable....strong and stable..

We see pictures of Theresa May surrounded by soldiers. Two terror plots are foiled on the same day. Soldier us released from prison his sentence changed from murder to manslaughter. Theresa will stand up to the Europeans .She is getting our country back ...and the media subliminally shine the words string and stable ....over and over again. As Graham Mallaghan pointed out a nation of sheep will be ruled by Wolves....and to be taken in is to become a collaborator with tyranny..

Polls from Scotland show the SNP vote falling . The Conservatives are up to 28% and Labour to 18% . I am beginning to sense an odd phenomena. In Wales Brexit voters are going straight to the Conservatives.....I wonder if a Unionist mechanism is working on the same way? In Northern Ireland the struggle between SF and the DUP continued and I wonder if the mechanism will function in an inverted way leading to remainers voting for Irish reunification ..let us see?
Posted by Any Human Heart at 12:48