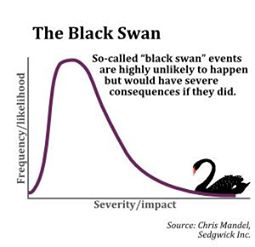 Every thirty five year or so we see a shift in the assumptions of politics. In 1945 a Labour government created the Welfare state and the assumptions that dominated till 1979. In the general election of last Thursday we see the same process. It was presaged by the rise of the green party in the run up to the election of 2015 and to the Scottish referendum of 2014. Similar cracks could be seen in the Brexit phenomena and in Trumps victory of last November. For some few years before this we have witnessed across Europe a struggle between two competing ideas those of the populist authoritarian right and those of the populist Left. Examples have been seen across Europe with the rise of Melanchron in France and of Syriza in Greece and Podermos in Spain.
On election night Nigel Farage said he was going back into politics and I anticipate this as his attempt to take on the "rise of red jezza” to quote the Sun newspapers. We have seen that about 55% of the leavers have voted conservative but that many voted for a Cobynista style Labour party. This element allied to a urban intellectual socialism and an eco socialist element are laying the foundation of a new green left paradigm that is preparing to take power. 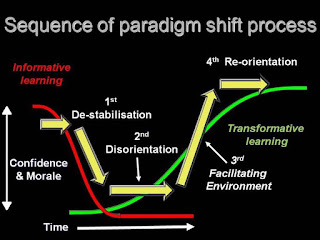 I have noticed a gradual changing of views, perceptions and observations over the last few weeks and indeed months. I speak to all sorts of people, taxi drivers, people I meet on buses, clients and others. I have noticed this trend for a significant length of time. The shift has been happening of course for much longer. There are always critics and alternative approaches existing in any society. The critical time comes when a preceding political common-sense has so many cracks and imperfections that it shatters/ it takes as well a psychological shift to fully bring into awareness. It is the black swan moment that seemed inevitable after it occurred and yet was not seen before.

I noticed that on Thursday the Tory vote in areas like Neath, Llanelli and Port Talbot saw a massive rise in the Tory vote. However the Labour vote also increased dramatically . A paradigm shift is taking place and what has clearly happened that left and right have pressed a button that is causing new forms of both left and right to appear. The concept of paradigm goes back to the social scientist Thomas Kuhn. Kuhn applied his approach to scientific change but we can find that much of his approach can be applied to a political situation. 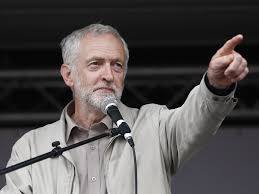 In The Structure of Scientific Revolutions, Kuhn wrote that "the successive transition from one paradigm to another via revolution is the usual developmental pattern of mature science" (p. 12).
Paradigm shifts tend to appear in response to the accumulation of critical anomalies as well as the proposal of a new theory with the power to encompass both older relevant data and explain relevant anomalies. New paradigms tend to be most dramatic in sciences that appear to be stable and mature, as in physics at the end of the 19th century. At that time, a statement generally attributed to physicist Lord Kelvin famously claimed, "There is nothing new to be discovered in physics now. All that remains is more and more precise measurement." Fi years later, Albert Einstein published his paper on special relativity, which challenged the set of rules laid down by Newtonian mechanics, which had been used to describe force and motion for over two hundred years. In this case, the new paradigm reduces the old to a special case in the sense that Newtonian mechanics is still a good model for approximation for speeds that are slow compared to the speed of light. Many philosophers and historians of science, including Kuhn himself, ultimately accepted a modified version of Kuhn's model, which synthesizes his original view with the gradualist model that preceded it. Kuhn's original model is now generally seen as too limited 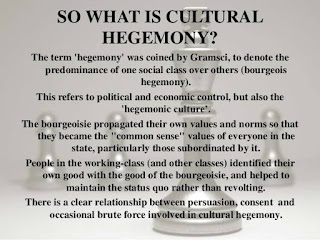 Kuhn's idea was itself revolutionary in its time, as it caused a major change in the way that academics talk about science. Thus, it may be that it caused or was itself part of a "paradigm shift" in the history and sociology of science. However, Kuhn would not recognize such a paradigm shift. Being in the social sciences, people can still use earlier ideas to discuss the history of science.
The idea of a ‘third face of power’, or ‘invisible power’ has its roots partly, in Marxist thinking about the pervasive power of ideology, values and beliefs in reproducing class relations and concealing contradictions (Heywood, 1994: 100). Marx recognised that economic exploitation was not the only driver behind capitalism, and that the system was reinforced by a dominance of ruling class ideas and values – leading to Engels famous concern that ‘false consciousness’ would keep the working class from recognising and rejecting their oppression (Heywood, 1994: 85).
False consciousness, in relation to invisible power, is itself a ‘theory of power’ in the Marxist tradition. It is particularly evident in the thinking of Lenin, who ‘argued that the power of ‘bourgeois ideology’ was such that, left to its own devices, the proletariat would only be able to achieve ‘trade union consciousness’, the desire to improve their material conditions but within the capitalist system’ (Heywood 1994: 85). A famous analogy is made to workers accepting crumbs that fall off the table (or indeed are handed out to keep them quiet) rather than claiming a rightful place at the table.
The Italian communist Antonio Gramsci, imprisoned for much of his life by Mussolini, took these idea further in his Prison Notebooks with his widely influential notions of ‘hegemony’ and the ‘manufacture of consent’ (Gramsci 1971). Gramsci saw the capitalist state as being made up of two overlapping spheres, a ‘political society’ (which rules through force) and a ‘civil society’ (which rules through consent). This is a different meaning of civil society from the ‘associational’ view common today, which defines civil society as a ‘sector’ of voluntary organisations and NGOs. Gramsci saw civil society as the public sphere where trade unions and political parties gained concessions from the bourgeois state, and the sphere in which ideas and beliefs were shaped, where bourgeois ‘hegemony’ was reproduced in cultural life through the media, universities and religious institutions to ‘manufacture consent’ and legitimacy (Heywood 1994: 100-101).

The political and practical implications of Gramsci’s ideas were far-reaching because he warned of the limited possibilities of direct revolutionary struggle for control of the means of production; this ‘war of attack’ could only succeed with a prior ‘war of position’ in the form of struggle over ideas and beliefs, to create a new hegemony (Gramsci 1971). This idea of a ‘counter-hegemonic’ struggle – advancing alternatives to dominant ideas of what is normal and legitimate – has had broad appeal in social and political movements. It has also contributed to the idea that ‘knowledge’ is a social construct that serves to legitimate social structures (Heywood 1994: 101).

In practical terms, Gramsci’s insights about how power is constituted in the realm of ideas and knowledge – expressed through consent rather than force – have inspired the use of explicit strategies to contest hegemonic norms of legitimacy. Gramsci’s ideas have influenced popular education practices, including the adult literacy and consciousness-raising methods of Paulo Freire in his Pedagogy of the Oppressed (1970), liberation theology, methods of participatory action research (PAR), and many approaches to popular media, communication and cultural action.

The idea of power as ‘hegemony’ has also influenced debates about civil society. Critics of the way civil society is narrowly conceived in liberal democratic thought – reduced to an ‘associational’ domain in contrast to the state and market – have used Gramsci’s definition to remind us that civil society can also be a public sphere of political struggle and contestation over ideas and norms. The goal of ‘civil society strengthening’ in development policy can thus be pursued either in a neo-liberal sense of building civic institutions to complement (or hold to account) states and markets, or in a Gramscian sense of building civic capacities to think differently, to challenge assumptions and norms, and to articulate new ideas and visions.

Both Gramsci and Kuhn have value in explaining the events of last Thursday. We have seen the Blairites and the political commentators 2eat humble pie” as they seek to explain what happened. It is often the case that the supporters of an earlier paradigm have neither the ability or have the language to realise a paradigm shift till it has happened. Suddenly every body has changed their mind. The animosities have shifted consciousness and now there is a new way of seeing and doing and being.
Polls now show Labour to be ahead in the polls and an equal number of people now see Corbyn as Prime Minister. Some of us have seen the change coming for several years and what we once said that was laughed at is rapidly becoming mainstream. Thinkers like Paul Masson, Yanis Varoufakisand, Picketty represented a new approach. Figures like Russell Brand also represented a current similar to this and even the return of two party politics indicates that the paradigm has now shifted. It will become increasingly difficult to think in the ways of the previous one. The Conservative party looks out of time and tired. A change has begun a new current in political awareness is taking shape and the question is not if Jeremy Corbyn can win it is now when...... there are still many who cannot comprehend what has happened but the time of critical mass has occurred. Some reading this will have no idea what I am writing about others will understand and reflect. Come what may we have seen the shift happen.......the black Swan event has landed.
A black swan is an event or occurrence that deviates beyond what is normally expected of a situation and is extremely difficult to predict; the term was popularized by Nassim Nicholas Taleb, a finance professor, writer and former Wall Street trader. Black swan events are typically random and are unexpected. But on the Full Moon of June 9th a flock of black swans landed.......
Posted by Any Human Heart at 11:32