Frightening lies from the other side...Enough is enough


I wrote these words last year on the Thursday morning of the day that Jo Cox was slaughtered by the hideous neo Nazi Thomas Meir Today as I look back on the slaughter of people in Grenfell Towers. The scapegoating of immigrants has been used to obscure the cut backs in our safety both in terms of threat from the violent purveyors of Isis and from the violence that comes from paying the cheapest price to refurbish the tower block.

How many times did the residents express concern.?How many times were they ignored by the council?. Those who live in social housing are often ignored and the ideology of home ownership is used as a aim that we should all aspire to. How many Tory MPs voted to limit safety over the risks of fire? The truth is coming out ...and there is power in the darkness.......
“There is a collective shadow haunting us all. A dark grim shadow of British Chauvinism. Carl Jung the psychologist argues that the ego that identifies with the self becomes inflated and thinks itself god-like Such an event leads the individual or organisation projects its own irrational shadow onto others and identifies them as evil. 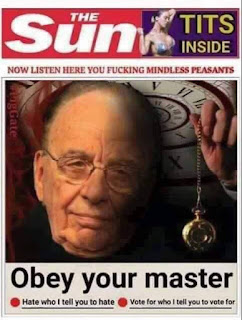 The mass psychosis in Germany in the 1930s led to this projection onto the Jews. Today it is being projected onto the immigrants and the others who are not “just like us”. Then as I came in this morning I remembered a song from the late 70`s. It was called “Power in the Darkness” it was by the Tom Robinson Band. Its lyrics were a polarity between those looking outwards and those looking inwards. 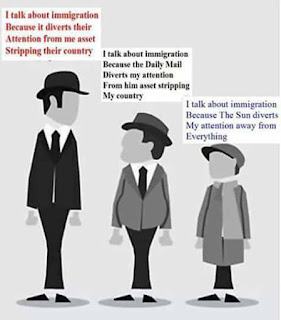 I have seen and heard comments worthy of it. I quote this comment from the Facebook Group “Port Talbot Debate and Argue as an illustration “ seen just a few minutes a go taking about the “millions of EU migrants here claiming benefits”

So the Queens thoughts and prayers are with the residents of Grenfell tower. How about opening the room.s of Buckingham palace your homeless subjects?:Eh Mrs Windsor....
Posted by Any Human Heart at 14:09