On ignorance of Islam and a blindness to the Old Testament 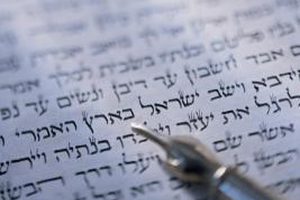 I grow tired of the ignorance of those around me concerning the traditions of Islam and its rich culture and civilization. I grow weary of those who do not know that without Islam we would not have the numbers we count, I grow perplexed that they do not understand that even the algebra we use in Mathematics comes from that background...there might even be a clue from the “al gebra” term. There is a darkening of our outlook perhaps it has significantly worsened since June 23 I do not know. The contribution to Architecture, the saving of the works of Aristotle, the translation movement that saved so much of Classical Philosophy all are forgotten in the hateful prejudices of the Sun, the Daily Express and the mindless prejudice spewed onto the Facebook group “Port Talbot-debate and argue by those who have never met anybody of a different culture or from a different country.

23 Then he went up from there to Bethel; and as he was going up by the way, young lads came out from the city and mocked him and said to him, "Go up, you baldhead; go up, you baldhead!" 24When he looked behind him and saw them, he cursedthem in the name of the LORD. Then two female bears came out of the woods and tore up forty-twolads of their number. 25He went from there to Mount Carmel, and from there he returned to Samaria.…
these are the actions that the Leviticus calls for the death penalty
Laws of the Old Testament which demand the death penalty
The Old Testament, includes a surprising number of crimes which merit the death penalty as punishment. These laws were believed to form an integral part of the overall "Covenant" between those who worship Yahweh.
A couple of these demand that the "sinners" be burnt to death rather than stoned — which was the more usual form of capital punishment. One can wonder why these crimes in particular merit this especially horrible fate.
Adultery (Lev 20:10-12, (man and woman).
Lying about virginity. Applies to girls who are still in their fathers' homes, who lie about their virginity, and are presented to their husband as a virgin. The accused is guilty until proved innocent. (Deut 22:20-21).

Making love to a virgin pledged to be married to another. Applies to man who deflowers virgin pledged to be married, and to the virgin if she does not call for help. (Deut 22:23-24).
The daughter of a priest practicing prostitution (death by fire) (Lev 21:9).
Rape of someone who is engaged. If she is not engaged you only have to marry her and give her father 50 shekels. No mention is made of the girl’s opinion. (Deut 22:25).
Men practicing bestiality. (Both man and animal die). (Lev 20:15)
Women practicing bestiality (Both woman and animal die). (Lev 20:16)
Having sex with your father’s wife, as distinct from "your mother", as it was common practice for men at the time to have several wives. (both die). (Lev 20:20).
Having sex with your daughter in law. (Lev 20:30)
Incest. (Lev 20:17)
Male homosexuality. Women seem to get a free .. errrr ...ride on this one. (Lev 20:13).
Marrying a woman and her daughter. They are all burnt to death (Lev 20:14)
Worshipping idols (Ex 22:20, Lev 20:1-5, Deut 17:2-7).
Blasphemy (Lev 24:14-16,23).
Breaking the Sabbath (Ex 31:14, Numb 15:32-36).
Practising magic (Ex 22:18).
Being a medium or spiritualist. (stoning) (Lev 20:27).
Trying to convert people to another religion. (stoning) (Deut 13:1-11, 18:20).
Apostasy - If most people in a town come to believe in a different god. (Kill everybody, including animals, and burn the town.) (Deut 13:12-15)
Giving one of your descents to Molech. Probably refers to human sacrifice and is not now commonly practised in the west. (Lev 20:2)
Non-priests going near the tabernacle when it is being moved. (Numb 1:51)
Being a false prophet. (Deut 132:5, Deut 18:20, Zech 13:2-3)
Striking your parents (Ex 21:15).
Cursing your parents (Ex 21:17, Lev 20:9).
Being a stubborn and rebellious son. And being a profligate and a drunkard. (stoning) (Quite a few of us might have a problem with this one)(Deut 21:18-21)
Murder. However if a slave is beaten to death the owner is “punished” — not necessarily killed. If the slave survives the beating then there is no punishment. (Gen 9:6, Ex 21:12, Numb 35:16-21). This is part of a wide range of slavery laws in the Old and New Testament.
Kidnapping and selling a man. This is really a law against making an Israelite a slave against his will. (Ex 21:16).
Perjury (in certain cases) (Deut 19:15 - 21). Deut 19:20 explicitly identifies that the purpose of this is deterrence. "The rest of the people will hear of this and be afraid, and never again will such an evil thing (malicious and false testimony by one man against another) be done among you." Presumably all the other death penalties are assumed to be for deterrence as well.
Ignoring the verdict of a judge – (or a priest!) (Deut 17:8-13).
Not penning up a known dangerous bull, if the bull subsequently kills a man or a woman. (Ex 21:29) Both the animal and the reckless owner of the dangerous bull are to be put to death.
Living in a city that failed to surrender to the Israelites. (Kill all the men, make the women and children slaves.) Deut 20:12-14.
The following carry the punishment of being "cut off from his people". Some people seem to feel that this is the same as the death penalty.
A male who is not circumcised. Genesis 17:14
Eating leavened bread during the Feast of Unleavened Bread. Exodus 12:15
Manufacturing anointing oil. Exodus 30:33
Engaging in ritual animal sacrifices other than at the temple. Leviticus 17:1-9
Sexual activity with a woman who is menstruating: Leviticus 20:18
Consuming blood: This would presumably include eating rare meat and black pudding. Also see above. Leviticus 17:10.
Eating peace offerings while ritually unclean: Leviticus 7:20
Waiting too long before consuming sacrifices: Leviticus 19:5-8
Going to the temple in an unclean state: Numbers 19:13
I grow so tired of those who do not know their own traditions. Who do not understand that the roots of Christianity, Islam and Judaism all come from the same figure Abraham. That Abraham's first son was Ishmael who traditionally was the founder of the Arabic Peoples.
My son was brought up to respect all spiritualities and philosophies that affirm the value of humanity. I cannot call myself an atheist as I consider philosophically that to believe or not to believe are both positions of faith. Morgan had a spiritual parents enabling him to make up his own mind. He has an Islamic Syrian as one influence and a a Pagan woman for another. He has read widely of all traditions at present he still does not know what he believes and neither do I . All I know is a perspective that comes from simply being humour and a wish simply to find a saviour who would help free me from saviours.But just to conclude I will end with Surah 109 from the Koran
Say : O ye that reject Faith!
1. I worship not that which ye worship,
2. Nor will ye worship that which I worship.
3. Nor will I worship those whom you have worshipped;,
4. Nor will ye worship that which I worship.
5. To you be your Way, and to me mine.
Posted by Any Human Heart at 17:05