Dreams and the religions of the World.. Carl Jung

"Who has created the religions of the world? Man. If left to himself he can naturally bring about his own salvation. Who has produced Christ? Who has produced Buddha? All that is the natural growth of man. Man has always produced symbols that redeemed him, so if we follow the laws that are in our own natures they quite naturally will lead us to the right end."
C.G. Jung, Remembraces, Margaret Gildea,p.27 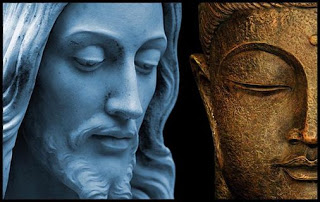 “Dreams are impartial, spontaneous products of the unconscious psyche, outside the control of the will. They are pure nature; they show us the unvarnished, natural truth, and are therefore fitted, as nothing else is, to give us back an attitude that accords with our basic human nature when our consciousness has strayed too far from its foundations and run into an impasse.”
[Collected Works Volume 10, paragraph 317]
Jung saw the mind/body/feelings (or what he called ‘the psyche’) as all working together. Even negative symptoms could be potentially helpful in drawing attention to an imbalance; for example, depression could result from an individual suppressing particular feelings or not following a path that is natural and true to their particular personality. In this way he saw the psyche as a self-regulating system with all psychic contents – thoughts, feelings, dreams, intuitions etc. – having a purpose; he thought the psyche was ‘purposive’.
The value of dreams

A final thought on dreams
Jung wrote:
“I have noticed that dreams are as simple or as complicated as the dreamer is himself, only they are always a little bit ahead of the dreamer’s consciousness. I do not understand my own dreams any better than any of you, for they are always somewhat beyond my grasp and I have the same trouble with them as anyone who knows nothing about dream interpretation. Knowledge is no advantage when it is a matter of one’s own dreams.” [CW 18, para. 244]
Posted by Any Human Heart at 13:25