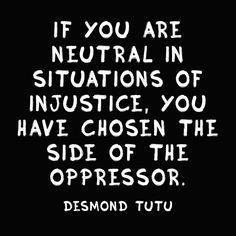 What, exactly, do people mean to signal when they preface a comment with "I know this isn't politically correct to say, but . . ."? in my experience the person who says they are non political really means that they are not prepared to challenge the status qua either in themselves or in others. They accept things the way they are and moan about those who do not.
What does it mean to make a group non political? Does it let the admin off the hook/ Does it mean not upsetting someone? Does it mean that there is a common sense that is agreed at all times and at all places. Or does it mean that there are questions and issues that should not be raided? The personal is always political .I am so fed up with those who want an easy life and to be liked for everything they do. That's not what being political is..it is political cowardice The personal is most political..........

The meaning of the phrase goes further to say that all the choices we make, even the ones that seem totally apolitical and personal, have political implications. The choice to wear particular clothes or not, to watch TV or not, to eat this or that to use a bank or not, and so on, is personal, but it is also political.

The "personal is political"- meaning that personal outcomes are largely a product of systemic relations and of structures beyond each individual that need to be addressed-came to mean, instead, that all political phenomena arise from the accumulated personal choices of individuals, so that what needed to be addressed to win better circumstances was primarily people's personal choices.
People who say they are not political raise certain questions. It is boasting? "Please acknowledge that I am brave, a rebel, a nonconformist, by being willing to say the following in defiance of social convention." Is it special pleading? "I recognise that the following may be considered rude, but please pretend that it is not because I have acknowledged it.""You can treat this as not-rude because I have pre-announced that it could be seen as rude. "Nobody would actually be offended by what I'm about to say, but I'm going to pretend that some people will in order to paint them as ridiculous." Is it self-serious cross-climbing? "Contemplate, for a moment, how I will suffer for being willing to share great truths with you."

There are plenty of interesting issues embedded here. Is there some sort of social or moral convention that requires us to keep unsolicited messages private?
But let's carve out just one issue: what does it mean ny saying with "I appreciate that this is probably horrendously politically incorrect"? I don't see anything to admire about it. It smacks of "I sense on some rudimentary level that this will likely annoy you but I'm going to say it anyway, so deal with it" Or perhaps it means modern norms of discourse annoy me and I shan't
abide by them and I find it necessary to announce my defiancem
Saying it strikes me as strengthening the argument that the communication is rude, or uncouth, or aggressive.

Norms about courtesy and rudeness change. Do you disagree with the changes? Are you trying to resist and push back against the changes? Fine. Speak, and let the chips fall where they may. But ask yourself: what are you trying to accomplish by such a statement in any particular communication?
Posted by Any Human Heart at 13:24