The establishment is in crisis. Criminal prosecutions for Hillborough have been launched. Grenfell Tower has had a Judge appointed for the Public inquiry. They niw need an inqyest to testify and get to the basis if just how many have died. Then there is Orgreave, the rolr of the state here mist be examined and those who have perverted justice amd misrepresented the evemys of all three situations must be looked at, 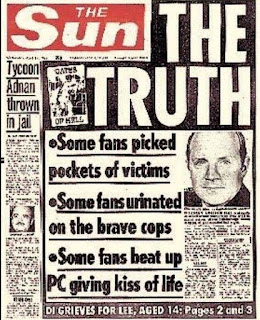 A shockingly callous letter written by Margaret Thatcher's press secretary has come to light in the wake of an inquest jury's ruling that the 1989 Hillsborough stadium disaster was caused by police failures.Thatcher and her aide Sir Bernard Ingham visited the stadium the day after the FA Cup semi-final in Sheffield, and were told by South Yorkshire police that "drunken Liverpool fans" had caused the crush that killed 96 people. The pain of families and survivors has been dragged out by several inquests and repeated attempts by the police to minimise their responsibility for the deaths by blaming Liverpool fans' behaviour.Much of the media and political establishment sided with the police as campaigners fought for decades for answers on what really happened on the day of the tragedy.Their protests fell on deaf ears in Thatcher's office, if this 1996 letter from Ingham to Liverpool fan Graham Skinner is anything to go by:"Thank you for your letter of June 13. I am sorry you are disgusted with the uncomfortable truth about the real cause of the Hillsborough disaster. It is my unhappy experience to find that most reasonable people outside Merseyside recognise the truth of what I say.
All I get from Merseyside is abuse. I wonder why. You are at least right in believing that you will have to put up with my discomforting views. I cherish the hope that as time goes on you will come to recognise the truth of what I say. After all, who if not the tanked up yobs who turned up late determined to get into the ground caused the disaster? To blame the police, even though they may have made mistakes, is contemptible."Boris Johnson wrote this equally appaling article on Hillsbourough in the Spectator.. He is not the cuddly, idiot you see before you.The real Boris Johnson is shown by his initial approval of this 2004 Simon Heffer article:

"The extreme reaction to Mr Bigley’s murder is fed by the fact that he was a Liverpudlian. Liverpool is a handsome city with a tribal sense of community. A combination of economic misfortune – its docks were, fundamentally, on the wrong side of England when Britain entered what is now the European Union – and an excessive predilection for welfarism have created a peculiar, and deeply unattractive, psyche among many Liverpudlians. They see themselves whenever possible as victims, and resent their victim status; yet at the same time they wallow in it. Part of this flawed psychological state is that they cannot accept that they might have made any contribution to their misfortunes, but seek rather to blame someone else for it, thereby deepening their sense of shared tribal grievance against the rest of society. The deaths of more than 50 Liverpool football supporters at Hillsborough in 1989 was undeniably a greater tragedy than the single death, however horrible, of Mr Bigley; but that is no excuse for Liverpool’s failure to acknowledge, even to this day, the part played in the disaster by drunken fans at the back of the crowd who mindlessly tried to fight their way into the ground that Saturday afternoon. The police became a convenient scapegoat, and the Sun newspaper a whipping-boy for daring, albeit in a tasteless fashion, to hint at the wider causes of the incident. “
The Establishment wished to blame the powerless, the working class, the "yobs" they used the forces of the state, the "Sun" newspaper and the higher ranks of the police force. Now it is your time to go to Hell...Bernard and Boris....... 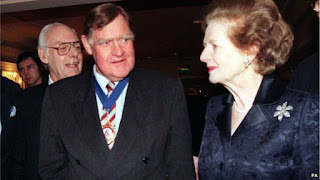 Liverpool has taken on the Establishment and won. Now Boris Johnson and Bernard Ingham should hang their heads in shame over their comments. 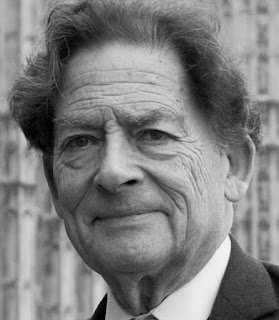 It is time to spot and explore the links between the Hillsborough disaster and the battle of Orgreave Orgreave in the North of England was the focal point for a mass protest by miners in June 1984. At this time, miners were angry over proposed pit closures and reacted by striking and pressuring other pits to close. The culmination of these protests was a mass gathering of miners from all over the country at Orgreave. On the morning of 18th June miners were escorted into Orgeave. At this point, police tactics already resembled a military campaign. After a push by the miners, the police acted with force, charging the pickets on horses. The protest soon turned violent with the police deploying dogs, batons and guns in an attempt to suppress the protest. 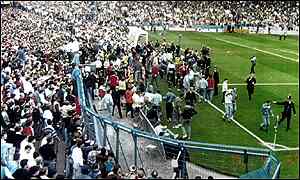 Newly uncensored documents have revealed shocking linked between Hillsborough and the alleged police cover-up at the Battle of Orgreave.Papers show that the same senior officers and solicitor were involved in the aftermath of both national scandals.It is claimed they knew police officers perjured themselves at the trial of striking miners arrested during the 1984 clashes - but kept it secret. 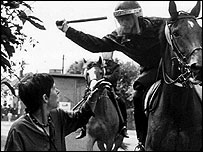 Five years later in 1989, it is claimed that history repeated itself.
The revelations appear in the Independent Police Complaints Commission (IPCC) dossier which can now be revealed following the verdicts on the unlawful killing of 96 Liverpool football fans.
One officer interviewed about the alleged Hillsborough cover-up by South Yorkshire Police claimed that at Orgreave some of his colleagues were told not to write anything in their notebooks.They received the same instructions in the aftermath of the Hillsborough disaster.The clashes saw 95 miners arrested at the coking plant, near Rotherham, and 50 people injured.The Thatcherite state was determined that the Miners should be destroyed . We must expose what has happened and learn for the future. we are entering a period of powerful right wing domination. Nigel Lawson has recently claimed that Brexirt gives the right the chance to complete the Thatcher revolution. It is important that new generations see the long term trends and begin now to understand the processThere is a right wing hegemony dominating us. At the last general election the combined Right wing vote is over 50% It is essential that weaknesses are exposed in that grouping and that those hypnotised by the Rghts use of immigration wake up....they are coming for you next..

The Coming Judgment Book of Amos
23"Take away from Me the noise of your songs; I will not even listen to the sound of your harps. 24"But let justice roll down like waters And righteousness like an ever-flowing stream. 25"Did you present Me with sacrifices and grain offerings in the wilderness for forty years, O house of Israel?…
Posted by Any Human Heart at 14:05