Projections are everywhere ..think about it......... The unconscious person projects on his neighbor

Carl Jung:  The unconscious person projects on his neighbor

The blinder love is, more more it is instinctual, and the more it is attended by destructive consequences, for it is a dynamism that needs form and direction.

Therefore a compensatory Logos has been joined to it as a light that shines in the darkness.

A man who is unconscious of himself acts in a blind, instinctive way and is in addition fooled by all the illusions that arise when he sees everything that he is not conscious of in himself coming to meet him from outside as projections upon his neighbour.


Frozen in aspic the collective shadow.....There is often something long hidden in both our selves and in the collective of a country or culture. When Germany identified at the end of World War 2 then West Germany hid it's past till 68 and Baader Meinhof lifted the lid and found what lurked beneath. Here the Greens first Appears The GDR did it another way they imprisoned or executed the most prominent Nazis . They then said everyone was a good Communist and drove the Nazi shadow into the darkness. And yet within the GDR the Stassi spied tortured and controlled the population . When the Berlin wall came down large crowds gathered outside the hotels where Vietnamese guest workers lived and set them on fire. When the fire brigade turned up they were booed and police had to called. Frozen in aspic the hidden Nazi returned and where did this happen the most? In Dresden scene of the fire bombing by the allies.. and where now does the German party the AFD draw it's strength from? You have guessed it Dresden. The party uses words in ways and has approaches not seen for 80 or 90 years.... No i am not saying they are the same as Hitler..Ian just finding you that a Nazi collective shadow frozen in aspic was never exorcised..The Americans behaving like Saddam in the prisons of Baghdad reveal the phenomena over and over again In China Mao*s legacy is revealed as a thin veneer as traditional ideas of Imperial China reappear and Russia becomes the best friends of Donald Trump as it becomes a guarantee of family values and nationalism. Putin is admired by Farage Nuttal et all. Hear and see those dark collective shadows stir as the frozen demons in aspic spill out onto the tapestry of 2017...The triangle if rescuer abused and abuser goes around over and over again ...Marx was right it will only be that under late capitalism in the West will the change begin . Perhaps as a result of opposition to Trump, Farage and all the crypto fascists that have appeared... 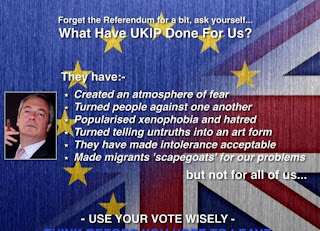 While many of us can identify the process of projection in somebody else, few of us are able to see it in ourselves.  Think about it — how many times have you stopped yourself and said, “I’m just projecting; this has nothing to do with John”?
Our own projections are difficult to spot, first of all, because we don’t want to identify them as such:  the whole point of projecting is to rid ourselves of something unwanted.  While there are instances where people project their good qualities into others, ridding oneself of painful or unpleasant experiences is much more common.  I’ve discussed these issues in earlier posts about projection and the toilet function of friendship.  Today I’d like to talk about how we can become more attuned to and aware of our own projections, even when we’d rather not.
Projection is an unconscious fantasy that we are able to rid ourselves of some part of our psyche by splitting it off and putting it outside ourselves, usually into somebody else.  While the initial process occurs outside of awareness, maintaining or insisting upon the reality of that projection often occupies our conscious thoughts.  The process is usually distinguished by its focus and intensity.  I can explain this more clearly with an example, one I alluded to in my first post on projection.  Grouchiness is something most of us have experienced; I suspect my description will resonate for many of you and at the same time, give you the chance to study the process the next time you feel grouchy and see if my explanation makes sense.
So at the end of my work day, I may be feeling irritable because (I believe) members of my family are doing things I find annoying.  In my thoughts, I may begin to zero in on those irritating behaviors — say, that person’s irksome habit of constantly complaining about his or her daily stresses.  These irritations may become preoccupations; I may find myself intensely focused on those behaviors, waiting for them to recur; I may be talking to myself in repetitive ways that have the effect of intensifying my irritation, while at the same time justifying it.  My focus may be exclusively upon the other person with a corresponding lack of attention upon myself and my own body.  The underlying assumption is that the other person is causing me to feel grouchy and if only he or she would stop complaining (as usual!), I’d feel better.
I’m familiar enough with the process by now to recognize it, though without exception, I fight off that recognition every time.  I’ll hear myself thinking something like, “Yeah, butthis time is different.  That really is irritating.”  With effort, I can silence such thoughts.  Silence is key, at least for me; as a fairly verbal person, I find the thought processes that support and justify the projections come in words.  Putting a stop to those words and focusing on my breathing is a crucial first step.  Then I have to shift the focus of my attention away from the other person and into my own body.
I “look” in various places:  my back and shoulders where I carry tension, around my eyes where I register fatigue and sadness, in my belly where I feel hunger and other kinds of longing.  I may notice that my back hurts; I may have the beginnings of a headache.  Often I discover that my body feels tired and a little achy.  I try to hold onto these sensations without “explaining” them in reference to someone else, a difficult and uncomfortable experience.  In the end, I may realize that my own day was stressful, that rather than feeling the depth of my own pain and stress, I’m projecting it outside into someone who complains and whom I mentally criticize.
This is a simple example of owning a projection, and one that many of you will likely be able to replicate.  It’s more difficult when we’re projecting experiences such as shame orneediness.  In those cases, our entire character structure may be organized around validating the reality of the projection.  The characteristic defenses against shame, for example, have as a common goal projecting damage or unworthiness into other people and then treating them in such a way as to insist upon the validity of the projection — by blaming or regarding them with contempt.
Finding Your Own Way:
Experiment with grouchiness and let me know what you find.  Does my description of the process hold true for you as well?
Next, think about other areas where an intense focus on or preoccupation with someone else may indicate that a projection is at work.  Do you find yourself dwelling on somebody’s else behavior or personality in an intensely critical or angry way?  You may have legitimate reasons, but you may also be projecting something into them.
Some other feelings that may indicate an underlying projection:  contempt (projection of shame), feelings of superiority (projection of neediness ), recrimination (projection of guilt) or envy (projection of an idealized fantasy).  I don’t mean to suggest that these arealways signs of projections, but when joined to an especially intense preoccupation with the other person, they’re a strong indication.
Notice the polarity involved in these projections:  I don’t complain about stress and it annoys me that you do.  I feel no shame about my own damage but you’re a contemptible loser.  I’m not needy and pathetic like you because I’ve got it all!  I did nothing wrong and you’re entirely to blame.
Posted by Any Human Heart at 15:45