The demons of hate walk the land: the Old Pagan at the Summer Solstice 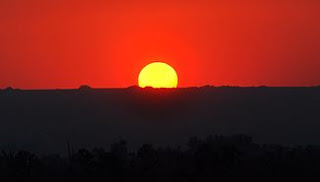 I am the old Pagan at the Summer Solstice. I look around and see hatred everywhere. The demons of hate and fear surround us. The old Right flexes its muscles and the far Right spreads loathing and fear through out the land. The effects are that as the attention of the state looks at Isis and others it turns away from the far Right . In Finsbury Park a man hires a van and runs down individuals leaving a mosque. In London the survivors of a horrendous fire are left vulnerable and ignored and the right says nothing about inequality. They are ignored because they are poor, black and asian abd have no stake in the politics or awareness of Kensington and Chelsea.

We must make clear the demons of hate and fear spreading amongst us. Long ago Carl Jung talked of the rise of ancient Archetypes in Weimar Germany..there is more than a whiff of those demons around us now.

There is a shocking ignorance of history by those who shout the most.. The origins of our culture, and the things we think and do. This historical ignorance is vast...they do not know that the Magna Carta was imposed on King John by French Knights, the glorious revolution of 1688 was imposed by Dutch Soldiers.SOVEREIGNTY IN A GLOBALISED WORLD is a myth.Farage's breaking point poster made Gove shudder.While we have turned our attention to Islamic Terrorism the far right has been ignored and they have become expert at social media, lone trolls operate bullying others, issuing threats. We have shifted back to the country of the 1970s of unthinking casual racism of "Love Thy Neighbour".We have shifted back to far worse, to links between neo-Nazi's and the disturbed, to the realm of the banal cries of Nuttal and Farage..There can be no compromise with watered down racism,with the language of race hate and with the humiliation of other cultures and groups.


It is nearly mid summer and the sun shines down and all it seems to do is make worse fear, hate and loathing....I listening to a report in Radio 4...one third of those being watched belong to the far right. Darren Osbourne said racist things, expressed hatred and was abusive to Muslims. We need a prevent strategy to challenge the radicalisation of the far right. The legacy of Brexit still effects us. Research from Isis Mori show that the Tories gained the highest working class voted for 40 years. The forces of reaction and progress face one another...there is much to do.
Posted by Any Human Heart at 11:35